Do you have plans to acquire a propane grill for outdoor use? But unfortunately, the one thing keeping you from splashing the cash is fear. You’re afraid that the tank could explode if left under the sun.

Is this your current state of mind about the propane grill? Or, do you have other things that are making you scared of acquiring a propane grill? You’re not alone.

Most people would pass on the propane grill because of the perceived risk of using one. But the question now is, are propane tanks that dangerous? Should you use a propane tank outdoor? Will a propane tank explode when left in the sun? These and many more questions are what we’ll be focusing on in this post.

After reading this post, you will be able to make an informed decision on propane tanks and probably, start giving your family the much-deserved barbeques they have been craving.

Will a Propane Tank Explode in the Sun?

This increased pressure is what causes the tank to explode. However, most people may have a counterclaim about the propane tank exploding under the sun. They may claim that since propane tanks come built with a safety relief valve, there’s no way it can explode even if pressure builds up.

Of course, the relief valve releases the pressure building up in the tank. The valve is there to ensure the pressure in the tank doesn’t increase to the level where it would explode. But keep in mind that if you leave your propane tank under direct sunlight for an extended period, you’re asking for trouble.

The pressure within the tank would increase, and there would be little or nothing your safety relief valve can do to prevent an explosion.

See also  Can You Keep the Garbage Can in the Garage?

Now, you’ll be asking yourself questions like, “How can one use propane tanks outdoor safely?”

Firstly, keep in mind that you can use propane grills outdoor. And you can place the tank outdoor, even during the summer period.

But there are safety tips you must abide by. Let’s discuss them in detail.

1. Keep your propane tank under a shade

To prevent your propane tank from exploding, please place it under a shade. Furthermore, the shade should be something that can prevent the sun’s rays from hitting the tank. And at the same time, it shouldn’t be conducting heat to the propane tank.

In this case, avoid placing a metal over your propane tank. These include metals like zinc, etc. These are good conductors of heat. Consequently, they might transfer heat to your propane tank. So, such materials won’t be of help to you. Avoid them.

Construct a shade with a material that’s a poor heat conductor. That way, heat from the sun won’t get to your tank. Even if it does, it won’t cause pressure within the tank to increase.

2. Keep your propane tank far away from your home

For safety reasons, ensure your gas is far away from your home or any building. The reason is that even if you succeed in blocking direct sunlight from touching the tank, other things can cause propane tanks to explode.

So, if you want to be on the safer side, don’t keep your propane tank near a building. That way, if something happens, you won’t land yourself in bigger trouble. It’s pocket-friendly to replace a damaged propane tank than a whole building with properties in it.

3. Always shut the gas valve after use

There’s a reason OSHEA (Occupational Safety and Health Administration) permitted the mixing of another chemical with propane. Propane is odorless, so it would be challenging to detect leakages. The chemical mixed with the gas is what gives it that “rotten egg” smell.

Most people forget to shut their gas valve after use. They prefer to lock it at the grill. If you’re one of those making such mistakes, it’s time to change for good. Shutting the gas valve after use will prevent any incident that might result in an explosion.

If you’re able to check the number of gas explosions that occur annually, you’ll discover that majority of them are because of gas leakages. Only a handful of propane tank explosions are due to high temperatures.

4. Avoid leaving a propane tank in the car

Close your car’s windows, all of them. Then park the car under the sun. In no time, the interior of the vehicle would be hot and uncomfortable to be in. This explains why you should never leave propane gas in your car with all the windows locked. An increased temperature would cause the pressure within the vehicle to increase, causing the tank to explode.

5. Avoid using the propane tank in a horizontal position

What Temperature is Dangerous For Propane Tanks?

Your propane tank can’t withstand temperatures above 120 degrees Fahrenheit or 49 degrees Celsius. It will explode and cause serious injury to whoever is nearby. That’s because the propane tank’s movement is almost impossible to predict when it explodes.

So, if you don’t want your propane tank to become a serious threat, don’t store it in temperatures above 120 degrees Fahrenheit. In hot summer periods, do whatever is necessary to store your propane tank properly.

If you plan to keep the tank outdoor, let it be under a shade. With that, you’ll be able to keep direct sunlight at bay.

Is It Safe To Keep a Propane Tank in the Garage?

No, it’s not safe for several reasons. The best place to store propane tanks is outdoors. The area should be dry and well-ventilated. It has to be under a shed, though, to prevent sunlight from raising the pressure within the tank.

Here are some reasons you should never store propane tanks in the garage.

Poor ventilation: The garage is for parking cars. And ventilation isn’t a big deal because vehicles don’t need them. An excellent place to store a propane tank is one with proper ventilation. And unfortunately, the garage doesn’t have one.

Vapors could get indoors: Since the garage is part of the building, any smell from the gas can quickly spread all over the house. So, if you keep a propane tank there, you may likely fill your home with a gas smell the moment it starts leaking. It could be worst whenever you forget to close the gas valve.

A considerable risk: There’s a vehicle or vehicles parked in your garage. Now, you’re thinking of storing your propane tank in that same garage. That’s not just a wrong move. It’s also a huge risk you’re taking.

See also  Can A Propane Tank Explode in a Hot Car?

Don’t forget that the vehicles contain fuel and other combustible materials. You don’t want to keep gas in the garage, as an explosion could be very devastating.

A Handy Tip: Don’t fall for the temptation of leaving your propane tank in the garage. Store it outdoor, on a flat surface with shade to prevent sunlight from hitting it up.

If you’re rating propane tank gas on pollution, you might not have many bad things to say about it, except for its rotten egg smell. Propane gas happens to be one of the safest and cleanest forms of energy. In addition, propane grills are convenient, quick, and versatile.

On the other hand, considering inflammability, you’ll only find propane tanks safe by taking precautions. If you understand how to utilize propane gas, best storage practices, the best way to identify leaks and transport propane gas, you’ll understand how safe it is.

The reason most people consider propane tanks to be dangerous is that propane is highly flammable. Additionally, when the tanks explode, the damage they can cause is always unpredictable. It could lead to death, severe injury, or loss of properties.

That said, if you store and use your propane grill the right way, you wouldn’t have problems or put anyone’s life in danger. Always check to ensure that the gas valve is shut after use, store the tank under a shade outdoor, and place the tank upright.

Can Propane Tanks Explode From the Cold?

In the cold winter periods, avoid storing your propane tank outdoor at temperatures below -44 degrees Fahrenheit. But then, even if you do, have in mind that the tank won’t explode. The only major thing that will happen is that you have to wait for the gas to unfreeze.

Can a propane tank explode in the sun? Yes, it can. Let no one tell you otherwise. The explosion will likely happen when you leave your propane tank under direct sunlight outdoor. But when you place the tank under a shade, the chances of it exploding reduces.

You can use a propane grill outdoor and in the summertime. Just ensure you don’t store it under direct sunlight. Always place a shade over your propane tank, and you’ll be just fine. You can grill and dine for hours outdoor, and nothing would happen. 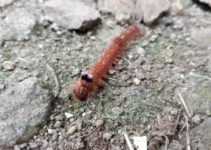 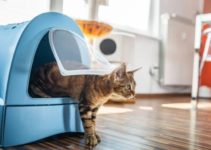 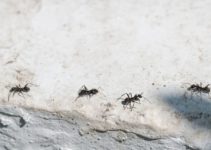 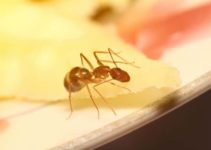 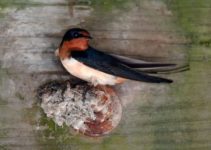 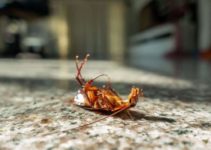