The sight of bed bugs in a home is irritating. These tiny insects get into homes undetected, reproduce quickly, spread and wreak havoc in homes.

Bed bugs can reside in unimaginable places beside one’s bed. They can live in cracks and crevices in wood or wall, within beddings, pillow buttons, behind a baseboard, and more.

Getting rid of bed bugs by killing them isn’t an easy task. They are hard to squeeze unless once they have fed on a host’s blood. However, squeezing every bug that you come across is tiring. That’s why many people prefer flushing bed bugs down the toilet.

Continue reading for more information on what to do regarding flushing bed bugs down the toilet.

Is it Safe to Flush Bed Bugs Down the Toilet?

The straight forward answer is Yes, but there’s a catch. If the toilet bowl is filled to the brim with bed bugs, water, including some bed bugs, might spill on the flow when you flush the toilet.

Bed bugs can’t survive in the septic tank and sewer, given the unfavorable conditions down there. And besides, bugs don’t like water. They are aware water is a threat to their existence.

So, you can consider flushing bed bugs down the toilet safe. But you should ensure you flush down multiple times before anyone makes use of the toilet. It would help if you also were careful about the number of bed bugs you flush at a time. To prevent most bugs from spilling on the floor from your toilet bowl, ensure you don’t fill the toilet bowl to the brim.

If you have that much bed bug to dispose of, flush them down the toilet piece by piece. Ensure the bugs fill half the toilet bowl or lesser before flushing. And remember to flush multiple times.

People are afraid of flushing bed bugs down the toilet, so the bugs don’t end up in other people’s homes. But the truth is that such won’t happen. The condition in sewers or septic tanks will make it difficult for bed bugs to survive down there, not to mention crawling through your neighbor’s toilet bowl.

See also  Can You Flush Baby Wipes? (And Can They Clog the Toilet?)

Can You Flush Live Bed Bugs Down the Toilet?

Yes, you can. Adult bed bugs are visible to the naked eyes. The ones that are difficult or nearly invisible are the nymphs (younger bed bugs). The nymphs are smaller and boast whitish-yellow to translucent bodies. They are more visible after feeding on blood.

So, if you’re trying to flush live bed bugs (nymphs) down your toilet, you have to ensure no single nymph drops to the ground or remain on the toilet bowl after flushing the toilet several times.

You should also apply the same principles when flushing down adult bed bugs that are more visible to the naked eyes.

Bed bugs are generally difficult to squeeze, even though they look otherwise. So, they can survive under conditions you never thought they could.

So, when you flush down a couple of live bed bugs, please do not assume you have sent all of them down the sewer or septic tank in one flush. Some may try to cling on to the toilet bowl and pipe. You can’t tell.

The best thing to do is flush the toilet multiple times. And if water spills on the floor, check if it came with bed bugs. You should also wait a while to see if the bugs were properly flushed. Don’t be in a hurry to use the toilet, lest you increase the bugs’ chance of re-entering your home.

Even if you flush live bed bugs down the toilet, many or all of them won’t survive in the sewer or septic tank. Why? Bed bugs are enemies to heat. They won’t survive long in the sewer, given the heat and unfavorable conditions down there. The water sent down the drain and activities of bacterial on the feces are responsible for the heat.

A Handy Tip:  To know how dangerous heat is to bed bugs, get a blow-dryer, set to lower airflow, and direct the hot air to the bed bugs. In less than 30 seconds, all the bugs would be dead and gone.

Not everyone fancies the idea of killing bed bugs with their bare hands. And using your fingers to kill bugs isn’t a good thing health-wise. But you can flush them down the toilet, whether dead or alive.

You can even use the opportunity to wash the toilet once more before flushing. The detergent or whatever soap you are using, including a disinfectant, would reduce the bugs’ chances of survival. Surfactants reduce the water’s surface tension, making the bugs unable to float on water.

Do Bugs Die When You Flush Them?

The answer to this question is in two ways. It is a Yes and a No. The yes, is not every bug can survive the rough handling and the way you empty them into the toilet bowl before flushing. Some would die or become unconscious even before landing in the public sewer or septic tank.

See also  Can You Flush Fingernails? (And Can They Clog the Toilet?)

The reason for the “No” is that insects can survive in water for a while. And that includes bed bugs. When bed bugs land inside water, their pores get filled with water, making air inhaling impossible.

With their pores filled with water, bed bugs can still survive for 24 hours after drowning. However, they end up dead after this period.

So, not all bugs die on the spot after being flushed down the toilet. But once they end up in the sewer or septic tank, they may finally die.

A Handy Tip: Do not empty bed bugs into the toilet and expect them to drown after a while. These tiny creatures have flat bodies and may float on the water for a long period, increasing their chances of re-entering your home. The best way is to flush multiple times until you’re certain that the bugs are finally in the sewer.  Apply some soaps to your toilet bowl after using it.

Can a Bug Survive Being Flushed Down the Toilet?

However, when you flush multiple times, you increase your chances of sending the entire bed bugs into the sewer, where they can’t survive for long. So, if you can’t kill the bed bugs, you spotted in the house with your fingers, feel free to have them flushed down the toilet.

Can Your Toilet Get Clogged By Bed Bugs?

Yes, it can. However, for this to happen, it means you had too many bed bugs flushed down the toilet at the same time.

It would help if you tried flushing multiple times once you notice that the toilet is clogged. Gradually, the bed bugs clogging it will be flushed down by the water. You can utilize a plunger to unclog the toilet. Try it multiple times until you’re certain that it’s no longer clogged.

Again, it would be best if you prepared yourself to squash any live bed bug that may try to escape from the toilet bowl. Squash and flush them down the toilet. You should also not forget to use a surfactant. As earlier said, this would reduce the water’s surface tension, making it difficult or impossible for the bed bugs to float on the water in the toilet bowl.

Can Bug Come Back up the Toilet?

Let’s be frank. Bugs possess great movement and survival skills. They can hold their breath for minutes and even survive in the most unpleasant condition for a bug, without food.

However, bear in mind that bugs find it hard to climb onto slick surfaces. These include surfaces like porcelain, glass, or slick plastic materials such as ABS and PVC.

Furthermore, you can make it difficult for a bug to come back up your toilet using a surfactant, e.g., a detergent. So, whenever you flush, don’t just disappear immediately. Make the water that’s usually left on the toilet bowl after flushing soapy. The bugs would die or end up in the sewer after a while and a series of flushes.

See also  Can You Flush Tissues Down the Toilet? (And Alternatives To Tissue Paper)

So, yes, it’s safe to flush bed bugs down the toilet but ensure it’s not one flush. Flush the toilet multiple times to increase the chances of the bugs ending up in the septic tank or sewer. And try to make the water soapy, so bugs that managed to cling onto any part of the pipe won’t have the chance to crawl back.

Bed bugs belong to the genius Cimex. They are tiny and oval in shape, and feds on the blood of humans, including animals. Bed bugs are brown, but after feeding on blood, they turn reddish. These bugs are about the size of an apple seed. And they multiply in number quickly.

Many people believe that bed bug bites don’t cause any serious health issues, but that, sincerely, isn’t the case. Their bites can cause skin rashes, irritation, or psychological effects on the bitten individual.

3. Can Bed Bugs Stay in the Bathroom?

The coolest places to find bed bugs are cracks in walls and tiles. So, if there are cracked walls or tiles in your bathroom, seal them immediately. Otherwise, you are creating a haven for bed bugs. These tiny creatures live in places they know they are most safe. So, they can live in cracks on your bathtub, walls, and tiles.

4. Is it Bad to Flush Bed Bugs Down the Toilet all the Time?

Yes, alcohol can eliminate bed bugs. Isopropyl alcohol can kill adult bed bugs, their eggs, and even nymphs. You can also use vodka to kill bed bugs. All you have to do is apply the vodka on the bed bugs and watch them move in agony before finally perishing.

6. Is it Possible to Feel a Bed Bug Crawling on You?

Bed bug’s lightweight makes them difficult to notice on the skin, particularly when one is sleeping. It’s also challenging to notice bed bugs crawling on one’s skin when he or she is awake, though it’s quite easier.

7. How Long Before Bed Bug Bites Show up on the Skin?

According to the reputable agency Center for Disease Control’s report on bugs, a bite left by bugs might appear on the skin 14 days after the bite. However, most persons might notice the sign within a few hours, while some might not even notice it at all. 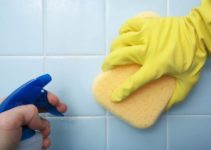 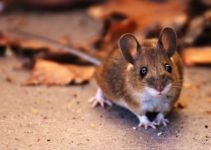 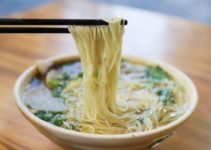 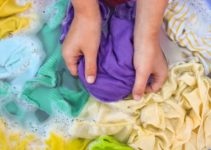