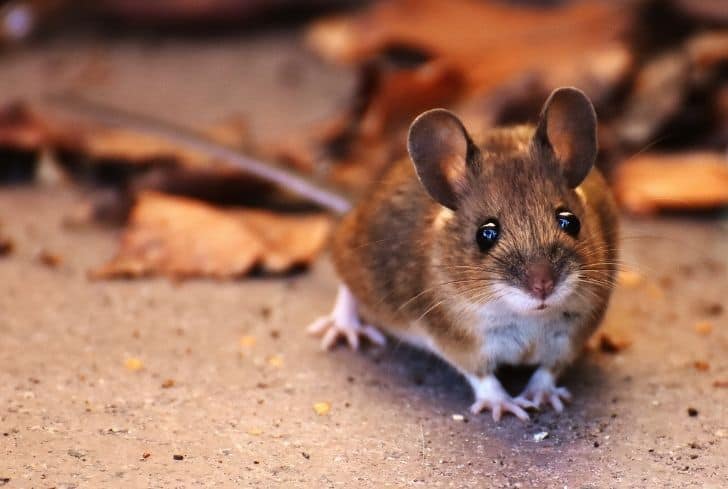 Rodents can be quite frightening, especially if they gain entry to your home and begin scampering around late at night. Nothing is more terrifying than waking up to an unusual chomping and gnawing sound after viewing a scary hair-raiser movie.

According to professional exterminators, rodents are the most common mammal in the United States, and Atlanta is consistently ranked among the worst cities in the country for rodent infestations.

Given this, it can come as no surprise that most homeowners have had a rodent infestation at some point. You might think you know everything you need to know about these nasty creatures because they are so prevalent, but you’d be wrong.

Is Flushing a Mouse Down the Toilet Okay?

You can flush a mouse down your toilet; however, it can be harmful to your septic system—though they are small, you risk blocking your toilet when flushing. Their skeletons will not break down as they move through the pipes. Moreover, then can eventually build up and cause a backup in the sewer system.

A mouse can stay submerged for three days, and both mice and rats can be flushed down the toilet. They can also re-enter a structure through the plumbing, so flushing them away isn’t really an option.

Can Mice Come Up Through the Toilet?

Yes, rats can travel far and wide in tight spaces like sewers, pipes, and vent stacks searching for food and shelter, and this journey will occasionally lead them into a toilet bowl.

Once the rats have made their way to the top of your toilet, they can come out of it if the lid is raised. Additionally, an enormous rat may also lift the toilet lid with its head and exit the toilet to look for food in the surrounding area.

Although it may seem strange to think of toilets as a common rodent sanctuary, pest control professionals will regularly inspect toilets for rats as part of a routine inspection. Rats come out of the toilet for various reasons—most of which are related to food.

If rats are emerging from your toilet and you’re actively treating them, it’s also a good idea to keep all food sealed in kitchens and other areas to make your home less appealing to rats.

Mice can also get into your house through cracks in the walls or ceilings and sewer lines. Additionally, they can also enter homes through sink or bathtub drains if drainage pipes are not properly sealed. Moreover, they’ve also been known to enter through entry holes near plumbing and oven gas lines.

How Long Can Mice Survive Underwater?

Mice have incredible endurance and flexibility—they can swim and tread water for up to three days. Mice can hold their breath for up to 3 minutes when fully submerged. When compared to the human average of 2 minutes, it’s pretty impressive.

Scientists have used swimming ability as a control group when testing antidepressants. There appears to be no situation that a mouse cannot handle.

Drowning is not a humane method, according to the government, the pest control industry, and most scientists. According to one experiment, a rat drowns in 2.6 minutes on average.

What Happens if a Rat is Flushed Down the Toilet?

If you flush a rat down the toilet, you should expect a particularly nasty clog if the rat dies in the piping. Moreover, even if the rat survives the flush, it won’t solve the problem; instead, the rat or another rat will repeat the process.

You risk causing your entire system to back up, in which case you’ll need to call a plumber to come out and fix the problem. This would result in a costly mess, and you don’t want to be saddled with yet another bill on top of the money you’ve already spent fighting the rats.

You can call pest control personnel to remove any living or dead rat from the toilet. Furthermore, they can also check for rat infestations and inspect to see if that is the bigger problem.

How Do I Get Rid of a Dead Mouse in My House?

When it comes to domestic rodent control, removing actual rodents isn’t the only factor to be considered. A rat or a mouse’s body, whether alive or dead, can carry a variety of germs and diseases.

Any number of allergens could rot in the marks or defecation left behind by a rodent after it has crossed a particular path or nested in a specific location.

The stench that rodents leave behind when they decompose is the most persistent, and it can permanently saturate a house if the problem isn’t addressed quickly.

See also  Can You Flush Baby Wipes? (And Can They Clog the Toilet?)

Dead mice have an odor smell because sulfur dioxides, methane, and other toxic gases are produced as tissue decomposes—giving a dead mouse its odor. This odor can be produced by any rodent (mice, rats, etc.) that has made its way into your walls, attic, or crawl spaces and died.

So, without visual confirmation, it’s difficult to say with certainty that the culprit is a mouse if you’re experiencing a smell like this in your home. You can, however, use some context clues to figure out what kind of critter you’re dealing with.

Mice and rats are both nocturnal creatures that prefer small dark spaces where they can hide. Mice enjoy building their nests and will always shred materials to line them, mainly fabrics and paper. They may also burrow into upholstered furniture, claiming your couch as their own and even dying there.

Are there any animal droppings in your cabinets, drawers, attic, or other secluded areas of your home? Examining the size and shape of any waste you come across may help identify the animal responsible for the odor in your home.

Rats are larger than mice, so a dead rat may smell worse and longer than a dead mouse when the time comes. Unfortunately, a single mouse carcass can emit an unbearable and long-lasting odor.

The odor will persist until the body has completely dried up, regardless of the type of rodent involved. If a mouse dies near a moist area, such as near water pipes, the process will take even longer, and the odor will worsen.

You must locate the corpse and eliminate the mouse as soon as possible, no matter how difficult it may be. The worst thing you can do is leave it alone, hoping that nature will take its course and the deceased will simply dry up and disappear.

Unfortunately, this isn’t the case! A mouse takes ten to twelve weeks to decompose completely, and you’ll still have to deal with the foul odor and, of course, the health risks during that time. So, once again, get rid of the mouse (if at all possible) to get rid of the odor.

What should you do after the mouse has left to eliminate the odor and prevent mice or rats from returning? Here’s how to do it step by step.

You can do many things to keep mice and other rodents out of your home, but first and foremost, get rid of them. We’ll come back to defensive strategies later.

Whether you have one mouse or a full-fledged rodent infestation, you should start by thoroughly cleaning your home. Nothing should be left undone. Vacuuming and cleaning should be done in every room, cupboard, storage area, and bookshelf.

See also  Can You Flush Cereals Down the Toilet? (And Garbage Disposal?)

Remember that mice (and other rodents) can carry various diseases, so you’ll want to use the proper cleaner/disinfectant to avoid spreading germs and bacteria.

Oh, and while you’re cleaning, don’t forget to put on gloves and eye protection, and throw away any mouse droppings, old traps, or other mouse-related debris you come across.

Other Ways to Get Rid of Dead Mice

The most effective way to get rid of the smell of a dead rodent is to remove its body, disinfect the areas where it nested, and use fans and deodorizers to air out your home.

1. How Does a Mouse End up in the Toilet?

Sewer mouse can find their way into pipes that lead up to toilets on many occasions—because of their fondness for underground pipes.

2. How Do You Know When All the Mice Are Gone?

You can know whether all the mice are gone when you no longer notice signs of mice, such as sightings or droppings—most people consider the infestation to be over. The best way to tell if all the mice have left is to look for new mouse droppings or other signs of mouse activity.

3. Can the Smell of a Dead Mouse Be Harmful?

4. Can You Smell a Dead Mouse on the Wall?

Nobody likes the idea of live rodents scurrying around the house, but dead rodents can be even more of a nuisance. The “smell of death” can be disgusting if they die inside a wall, which can easily happen.

5. How Do You Mask the Smell of a Dead Mouse?

Coffee grounds are not only flavorful and aromatic, but they also absorb odors. Other options for removing the smell of a dead mouse include charcoal deodorizer bags, Earthcare products’ Odor Remover Bags, pet odor enzymatic sprays, and if you’re willing to spend the money, air ionizer machines. 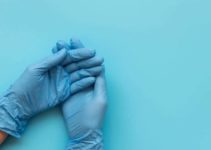 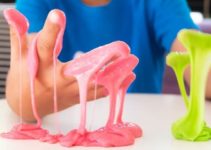