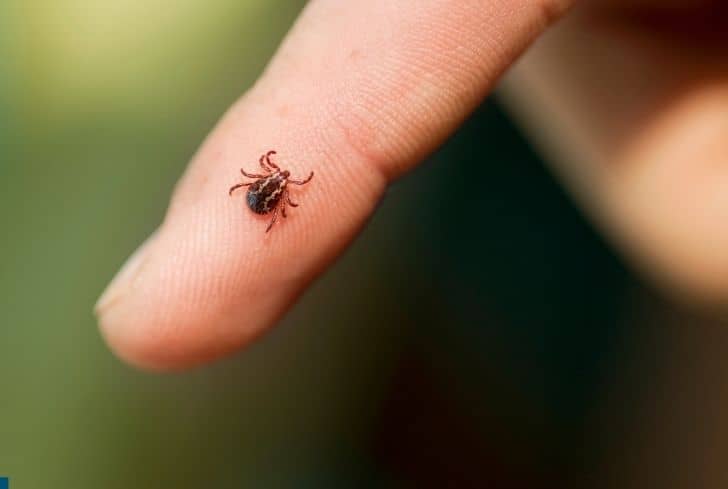 We’ve all seen them in dogs and other animals around our homes. But ticks can also attach them to human skin for a blood meal. You see, these arachnids love moist and warm areas. That makes the human armpits, belly button, and groin a favorite landing spot for them.

Fortunately, removing ticks from the human skin isn’t rocket science. It’s something that most people of us can do. However, when disposing of the blood-sucking bug, not many know the safe way to go about it. Most people wonder whether or not it’s okay to flush ticks down the toilet. So, is it possible?

Well, there’s only one way to find out!  Keep reading!

Is It Possible To Flush a Tick Down The Toilet?

Yes, it’s possible to flush a tick down the toilet. In fact, that’s one of the best ways to get rid of these bugs if you don’t want to spot them again in your home. Only ensure that they go down with the water.

Before I get deeper into the core of this section, it’s worth mentioning that tick infestation is more common than most people may think. You can expect to spot one from time to time, especially if you have a pet or live near brushy areas.

And yes, it doesn’t always take a colony to stir up trouble. Sometimes it begins with a single tick finding its way into your home. Then, as time goes by, the tick multiplies to countless descendants around every corner of your home.

That aside! Now, if you found a tick in your home, it’s only natural to want to flush it down your toilet. But is this technique an effective way to get rid of ticks?

Now, if that’s your concern, the answer is affirmative. In other words, you can send a tick down your toilet hole and have it go for good.

Unlike some pests that invade our homes, ticks aren’t swimmers. As such, there’s no way they’ll swim their way up to your toilet plumbing system and crawl out after flushing them.

But again, that doesn’t mean flushing a tick down will kill it. Yes, for these bugs, mere immersion into water doesn’t constitute a death sentence – even with their inability to swim! Keep following for more of that and more.

See also  Can You Use Clorox Wipes To Clean The Inside of The Fridge?

How Long Does It Take For a Tick To Suffocate?

We don’t have clear information on the time it takes for a tick to suffocate. However, most professional doctors and entomologists agree that suffocating a tick isn’t an effective way of detaching it from the skin.

There’s a common misconception that applying petroleum jelly or nail polish to a tick may help with its removal. However, that’s not the case. In fact, most experts discourage using this technique for detaching a tick from the skin.

According to Havard Health Blog, using either of the two products can only make the ticks hold tight and burrow deeper. That will increase the chances of disease transmission.

In addition, petroleum jelly and nail polish will make the ticks more slippery to hold and remove. So, in other words, the technique of suffocating a tick isn’t one that any expert will recommend.

Touching it with a hot match is another favorite technique for many. But that’s again not recommended. It may make the tick regurgitate, which may increase the chances of infection. Even worse, you risk burning the skin of the host.

So, to avoid all that, it’s best to get to follow the recommended way of removing ticks from the human skin. A pair of tweezers works best for the job. Only ensure that the tool has fine tips to grasp the tick firmly.

Additionally, keep rubbing alcohol handy when removing a tick from the skin. You’ll want to disinfect the affected area of any germs. But if you can get rubbing alcohol, soap and water may also do the trick.

Can Ticks Survive Being Flushed Down The Toilet?

Maybe ticks can survive being flushed down the toilet. Ticks can stay for long submerged in water. So, as much as they don’t know how to swim, flushing ticks down the toilet doesn’t mean you’ve brought their life to an end.

Ticks are creatures with lots of interesting facts. For instance, unlike other bugs, ticks don’t fly or jump. And yes, another fascinating part is that a tick may not drown when submerged in water for days.

Yes, although ticks so much love to live in warm areas, that doesn’t mean they can’t survive submerged in water. An article by Tick encounter states you can submerge ticks in water for two to three days and they will survive just fine.  How they manage such a long time in water remains unclear.

So, don’t be confident that washing ticks down the toilet will kill them. Sure, they may die after some time, but it may not be as soon as you’d think.

See also  Can Candles Be Painted? (And Glass Candle Holders?)

Do Ticks Lay Eggs On Humans?

No, ticks won’t lay eggs on humans or any other host. After the female tick gets filled up with blood, it will detach from the host to go and lay eggs in a sheltered place, maybe under your carpet, curtains, door and window surround, or other areas.

Ticks can remain attached to their host for days. But they don’t lay eggs on them. Instead, they choose a safe place.

Eggs need a more favorable habitat to hatch. Unfortunately for the bugs, the host’s body can’t offer that. So, once you remove a tick from its host, don’t worry that it might have left some eggs.

But again, one tick might mean there are others within the same host. So, do a thorough inspection in case of any remaining. You may also want to check your pets to see if they are carrying any.

Do Ticks Die in Hot Water?

Yes, ticks can die in hot water. But the water will need to be at least 130 degrees Fahrenheit to do the work effectively. So, if you want to kill a tick with water, ensure that you heat it above that temperature.

And obviously, water that’s 130 degrees Fahrenheit is too hot for your body to withstand. That means shower won’t kill a tick embedded on the skin. But as you increase the temperature towards the 130 degree-Fahrenheit level, the water gains the potency to kill ticks.

Fortunately, most washing machines can achieve this heat level. Just toss the affected clothing and bedding into the appliance and run it on the high heat setting. But again, run a full-length cycle to allow for enough time for death to occur.

Can Ticks Kill You?

While most tick bites are harmless and don’t require medical treatment, some ticks can pass conditions on to humans and pets. These diseases can be life-threatening, especially when not treated early.

Most ticks don’t carry germs or other disease-causing microorganisms. Hence, most tick bites won’t result in any harm. However, some species like the wood tick and deer tick can carry dangerous bacteria that may cause illnesses in humans.

Some of the diseases that ticks may pass on to humans include;

Lyme disease and RMSF are the most likely diseases that ticks will transmit to humans.

See also  Can You Flush Fingernails? (And Can They Clog the Toilet?)

Some symptoms of Lyme disease include;

When you experience any of the symptoms after a tick bite, seek immediate medical attention. Otherwise,  Lyme disease and RMSF can be life-threatening.

How To Get Rid of Ticks At Home?

You can get rid of ticks at home by checking yourself every time you come from outside, checking your pet frequently, using diatomaceous earth, and other methods. When you put into action what it takes, you’ll find it easy to have a tick-free home.

Unlike some bugs, getting rid of ticks is easy.

Here are some tips;

Although they can’t swim, ticks won’t die in water easily. They can stay submerged in it for days. That means flushing one down the toilet will help you get rid of it but not necessarily kill it.

If you want to kill a tick, one of the effective ways is to dip it into hot water. These bugs can’t survive high heat. You can also make use of commercial pesticides or diatomaceous earth. They work just as effectively in fighting tick infestation.