But the main question is, how can you effectively dispose of your military uniform safely? Let’s find out.

Can You Throw Away Old Military Uniforms?

Yes, you can dispose of your old military uniform; however, you’ll have to ensure that the badges, name tapes, insignia, or various identification marks have been removed. This is a clever way of stopping anyone who uses it later from trying to impersonate you or any other military members.

Having a military uniform is a source of pride, but you might want to get rid of it over time as it gets worn out or no longer fits you.

Is It Against The Law To Throw Away Military Uniforms?

No, throwing your military uniform is not regarded as an evil deed, but the way you do it may be the issue. It’s tough to find a former military soldier throwing away his uniform as it’s his pride. But If you have to do it, ensure it’s in a way that doesn’t expose your military badge or name tag.

I highly discourage you from throwing away your uniform because you cannot recycle the military uniform. For sure, donating your military uniform has to top the list as it’s the safest way to get rid of them.

Since military uniforms can’t be recycled, it is best to look for organizations or facilities and donate them. However, you have to remove any insignias, logos, ranks, or name marks that might cause trouble in the future.

You can also find private shops that would love to have military uniforms, but that’s only possible once the name tags and other military symbols have been removed. These shops can use these materials by coming up with new products. It’s a great way to donate as these companies ensure a section of their profit is also donated to foundations.

Many museums wouldn’t mind having military uniforms. They cherish this type of uniform as they can use them as exhibits. You can leave the logos or name tags in this case, as it’s unlikely you will use the uniform for fraudulent purposes.

Finally, you can also donate your military uniform to schools or other institutions that want them as costumes.

These days, you’ll find various military surplus stores that need old gear or uniforms to resell. Their main aim is to help members of the military who may want to buy second-hand uniforms as the new uniforms they get are very expensive.

You can negotiate the price of the uniform, but it all depends on the uniform’s condition, size, and branch of service. If you’re selling your uniforms online, then you’ll have to give pictures as proof.

When you understand or know that you can sell your military uniform instead of giving it out for free, then find a legitimate buyer. It will be wise to find many buyers, compare the amount they want to offer you, and then go for the best offer. Subsequently, check and investigate if they have a good reputation.

Repurposing is a creative way to dispose of your military uniform. In Texas, one man became clever enough to turn the military uniform into wreaths. The sergeant immediately became famous as his repurposing business became popular to many people in December 2020.

See also  Can You Throw Away a Computer in the Trash?

You can implement your repurposing skill or use those already implemented to make value out of your old military uniform if you have time. The idea of repurposing isn’t limited to decorative items only; you can make good use of your uniforms by making bags, wallets, or wearable pieces.

If you don’t have a place to start from then, I suggest you watch youtube videos and see how you can repurpose your only military uniforms. Repurposing is like killing two birds with one stone as you can get rid of the uniform but in a valuable way.

Another alternative disposal method is preserving your military uniform. There’s nothing better than keeping your uniform as a reminder of your journey in the military and how proud you are to have worn the uniform to defend your country.

But you can start by dry cleaning it. Most military uniforms are made of wool, cotton, khaki, or synthetic fabrics. However, for you to effectively preserve the material, you need advice from an expert. This knowledge will be necessary so that it’s dry cleaned accordingly.

You’ll also need to check the uniform and see if there are torn places so that you can mend it. However, if you’re not good at mending, you can always seek assistance from a professional to not spoil your uniform.

Moreover, you can add the ribbons, badges, and medals you received while serving in the military for great memories in the future. You only need to wipe them so that they look appealing.

You’ll need to see that it lays flat and substantially, get yourself the right size shadow box to avoid disappointments. Once everything is in place, hang it or prop it but ensure it’s away from moist areas or direct sunlight. Ensure to clean it to avoid it getting damaged constantly.

If the method above doesn’t appeal to you, you can dispose of your military clothes by throwing them away. However, first, check the military guidelines, and see whether it allows you to throw it in the garbage; if not, you’ll have to find an alternative.

As usual, you’ll have to get rid of the name tags, logos, and badges to avoid any future problems. You can also cut or rip it before disposing of it so that no one wears it again. Alternatively, you find programs used for shredding fabrics.

Burning your military uniform is also a technique you can use, but indeed, it’s not suitable for ethical purposes, especially when you are a proud military officer.

Other Ways to Dispose of Military Uniforms

If throwing your uniform doesn’t sound appealing to you, then you should consider burning it. Burning your uniform assures you that no one will steal the badges or name tags on the uniform. However, remember that burning your military uniform isn’t the most ethical thing you can do. So before you burn your military uniform, consider other methods.

See also  Why Do Mattresses Slide on Adjustable Beds?

Shredding programs ensure that the military uniform is appropriately disposed of and that no one can steal or use the name tags, badge, and logos in the wrong way. This program ensures that you don’t worry about burning your uniform.

If you don’t feel comfortable disposing of your uniform in the above ways, you can keep them and only use them on specific occasions. For example, you can wear your military uniform on occasions such as:

1. How Do You Dispose Of Air Force Uniforms?

It’s mainly done through military uniform disposal boxes which are primarily found at AAFES Military sales store. It primarily happens during the uniform transition, but alternatively, you can destroy them using shredding or donating them to organizations.

2. Do You Get To Keep Your Military Uniform After Discharge?

Yes, but this can only happen when you’re honorably discharged and not when you’ve been dismissed for fraudulent purposes. However, you’ll only be able to keep one uniform once you are inactive, discharged, or retired. But you’ll only get to wear your uniform for only three months.

3. Can You Wear Your Military Uniform After Retirement?

Yes, it’s a privilege granted to retired military offices to appreciate them for their service to the military and their country. However, the uniform is worn by retirees according to the way it’s prescribed to them during their retirement days.

4. How Do You Dispose Of Old Police Uniforms?

The best disposal method is shredding, as you don’t have to worry about someone using your name tag, the police badge for fraudulent purposes. Other alternatives include donating them to organizations or museums, repurposing them, or just throwing them away. But shredding is the best way to avoid the uniform falling into the wrong hands.

5. Where Can I Donate Ww2 Uniforms?

Naval Historic foundations have always been the best bet to donate to your WW2 uniforms from time and memorial. It’s a safe place to give out your uniform as you’re not worried about it being used for the wrong purpose.

Settling for the best technique to dispose of your military uniform is essential as it prevents the case of uniforms landing in the wrong hands. The multiple methods in this post are meant to guide you to the safest disposal method. Evaluate them and see the best that makes you comfortable. 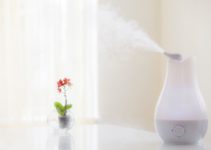 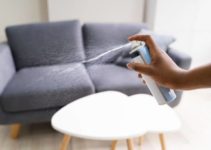 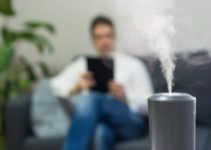 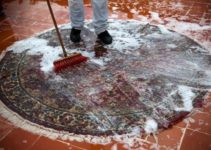 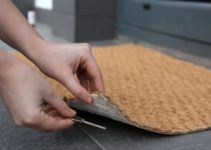 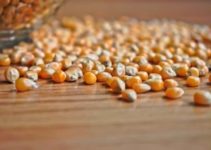