Among the many battles that a homeowner has to fight is getting rid of spiders. Sure, most spiders are usually non-venomous and will help a great deal in pest control in your garden. However, when it comes to your home, these creepy-crawlies are most of the time not welcome.

So you recently noticed spiders in your home and are looking for a reliable way to get rid of them. You’ve seen claims on the internet that bleach is a surefire way to a once again spiderless home.

But does it work? Can bleach kill spiders? And if yes, just how effective is it? Is there another way you can use to win the battle against spiders? Well, if you want answers to these questions and others, there’s so much lined up for you in this article. Keep reading to discover more!

Yes, bleach will kill spiders. This household cleaner will get rid of stains, odors, and spiders too! So yes, if you have for years been looking for an effective way to get rid of these small intruders, chances are you’ve always had the solution right with you!

You see, we’ve all used bleach to brighten white clothes, remove stubborn stains, and perhaps as a disinfectant. However, what most of us may not know is that the usefulness of this household cleaner doesn’t end there. Bleach can also serve in other areas, and fighting spiders out of your home is just one of them.

So, just how does it work? Well, let me break it down for you bit by bit.

You see, bleach is a diluted form of Sodium hypochlorite (NaClO), but it also contains secondary ingredients such as hydrogen peroxide, sodium hydroxide, sodium chloride, and others.

Usually, household formulations feature no more than 5% of sodium hypochlorite. That’s enough to suffice in all areas of use at home. It’s still possible to get concentrations higher than 5%, but they are usually intended for industrial use.

What gives bleach much effectiveness is the hypochlorous (HOCl) acid component in it. When using this chemical for cleaning, this oxidizing agent attacks bonds in colored compounds for either utter destruction or weakening.

When it comes to killing microbes or spiders, things work a little differently. The acidic component of the bleach throws the pest’s cell activity out of balance. The toxic nature of chlorine gas then poisons the eight-legged arachnid making it die.

See also  Can You Use Fabuloso on Laminate Floors?

So yes, one way you will save your home from spiders is by using bleach. Actually, this versatile household cleaner is considered a fungicide and pesticide because of its ability to fight microbes and pests such as spiders.

And just so you know, bleach is dangerous, not just to spiders but to humans too. In fact, that’s why the market doesn’t sell it as a pesticide at first. As such, if you have to use it, keep it from touching your skin.

But just how effective is bleach at doing away with spiders? Will it kill the spiders together with the eggs? How long will it take to kill a spider? Well, you could be asking yourself these questions. We have all that coming later on, but first, let’s know what type of bleach is effective for the work.

Yes, Clorox bleach will kill spiders. Compared to other varieties, Clorox bleach is more effective for killing spiders and microbes. That’s because it contains a higher concentration of sodium hypochlorite, the active ingredient in bleach.

We said that in most household bleaches, sodium hypochlorite makes up no more than 5%. However, Clorox bleach cleaner usually contains about 8% of this ingredient, making it more effective – not just in removing stains but also in disinfecting and killing spiders and other pests.

But beware, the higher concentrations of sodium hypochlorite in Clorox bleach also mean that it’s more dangerous for humans. So yes, ensure that you have your protective gear on before you begin working with Clorox.

Yes, bleach will kill spider eggs as well. The sodium hypochlorite and other chemicals it contains effectively dissolve the eggshells, leaving no chance for future similar attacks.

Actually, it’s safe to argue that this household chemical is more effective on the eggs since they are immobile and don’t have any defense against sources of danger.

You see, if you don’t want to keep fighting spiders over and over again, you have to focus on killing both the spiders and the eggs. After all, those little motionless eggs will turn into spiders with time. So yes, find a way to get rid of them both.

But let’s be honest – that’s not what most pesticides do. The majority of these insect killers will only do away with the spiders and not the eggs. That’s going to offer a solution, but you’ll soon be back to the same problem immediately after the eggs hatch.

Assuming you go back to the same pesticide, it will again fight and kill the spiders but leave back the eggs. This cycle will continue till you effectively do away with both the spiders and eggs altogether.

Fortunately, unlike some pesticides, bleach will work on the spiders and their eggs. The sodium hypochlorite and other ingredients in the cleaner will cause severe damage to the eggs, leaving absolutely no chance for future infestations.

The majority of household cleaners won’t kill spiders instantly. These products usually inhibit the arachnid’s movement until it curls up and then eventually dies. As such, if you want a product that will provide immediate results, it’s best to invest in commercial insecticides.

If you are much like most people who back away immediately they see a spider, it’s normal to wonder whether there’s a way to kill these creatures instantly and from a distance.

And yes, there are several ways you can go about it, but if you want to use bleach or any other household spider killer, you will need to be a little patient. A household bleach takes a little time, but they will eventually get the work done.

So yes, the usefulness of bleach is far much beyond cleaning and disinfecting surfaces. It’s the product that will deliver your home from those recurrent spider infestations. In a spray bottle, mix bleach and water in the ratio of 1:3 (bleach: water), then spray the solution directly to the spider at a distance of 6 to 10 feet.

You can increase the amount of bleach if you need quicker results. Only be careful not to come into contact with the solution as it can irritate skin and eyes. Bleach will do away with the spiders, eggs, as well as their webs.

But is bleach the only household product you can use? Let’s examine other alternative ways!

Yes, much like bleach, vinegar will help you get rid of spiders. White vinegar contains acetic acid, a dangerous poison for the little intruders. But again, don’t expect instant results here, though it will eventually do the job.

Vinegar has a strong smell, but that’s not what’s going to drive those spiders away! The real danger for spiders lies in the acetic acid component. This element won’t repel spiders or make them go away. It will harm and kill them instead!

To use white vinegar, mix it with water. Here, you need to use equal parts of this product and water. Then, add the solution to a spray bottle. Be sure to spread on the spiders, webs, cracks, crevices, and other likely hideout areas for spiders.

You may find the smell of vinegar too strong for you to handle. If so, add orange peels to the mixture and leave it for a day. The citrus will neutralize the pungent vinegar scent and boost the solution’s ability to repel spiders and other bugs.

See also  Can You Make Holes In Apartment Walls? (And Ways To Fill Holes)

So yes, if you don’t want to use bleach, opt for vinegar instead. However, the latter will go in large amounts, so be ready to use more of it than it would take bleach to deliver the same results.

Ways To Get Rid of Spiders in Your House

If you don’t want to use bleach and vinegar to get spiders out of your home, you can still opt for other methods. Some of the effective alternative ways of getting rid of spiders include;

Mint is one of the most effective insect repellents. Most of the bugs you see at your home hate it, and that includes spiders. The good thing is it’s easy to use – mix water and peppermint essential oil and put the solution in a spray bottle.

Alternatively, you can also use mint tea bags to repel spiders. And if you want a permanent solution, planting mint leaves near the entryways will go a long way to keep spiders away from your space.

2. Make Use of Cedar

Cedar woodchips spread around your space will also repel spiders from your house. Much like mint, spiders hate the smell of cedar and will avoid at all costs getting closer to the source of the scent.

3. Fight Off Other Pests

Spiders are predators. These arachnids will eat the majority of other pests likely to come to your home. As such, if you want to discourage spider intrusion, consider doing away with other bugs first. That will make your home less attractive to spiders.

Vacuuming won’t just help you clean your space of dust and debris on the floor – it is also a powerful weapon to fight spiders. Running a vacuum over the affected area will suck everything up; the spiders, the eggs, and the web. The spider may die from the trauma of passing through the machine’s narrow tube or later on from thirst.

While most spiders you see in your home are harmless, it’s always a good idea to keep them away from your space. Sure, spiders help keep your home free from other pests, but not many homeowners can stand having them in their homes.

If you don’t want these beings in your home, we recommend that you capture them and release them outside unharmed. However, if you fear them and spraying is the only option left, use bleach or vinegar. 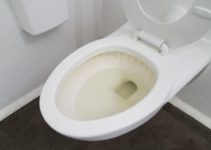 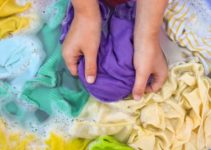 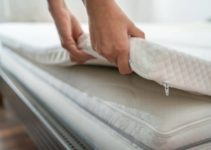 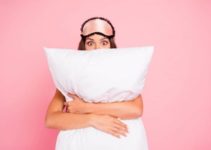 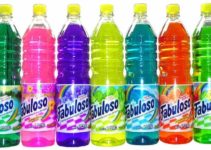 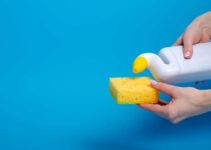